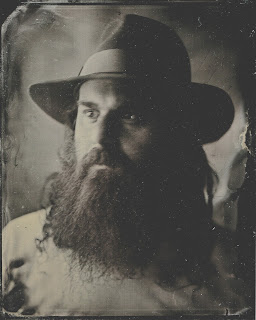 Jonny Miller is a Folk singer, artist, and activist from Riverside, California.

Miller leads with a voice that is uniquely rich and husky, yet reminiscent of America’s vast legacy of Folk singers, and his acoustic guitar establishes a core of authenticity in all his compositions which are often fortified by colorful harmonica solos. Uniting an appetite for introspection and lyrics with substance, his verses communicate his anger toward social injustice, capitalism, and organized religion, his struggle with anxiety and depression, and a profound love of nature in all its intrinsically beautiful forms.

In action, Jonny lives a vegan lifestyle and strives to live simply and cruelty-free. Sensing the value of all sentient life, he thrives by seeking solidarity, and celebrating diversity, while also organizing with the Inland Empire Democratic Socialists of America to fight for socialism, freedom, equality, and justice.

For as long as he has been a performing artist, Jonny has used his talents for service, activism, and to support important causes. He often leads the Inland Empire Democratic Socialists of America in songs of solidarity, and he sings for local Bernie events. He also worked for The Bernie Sanders 2016 presidential campaign by organizing and performing at BERN FEST and BERN FEST 2 in Riverside, and he also performed with his band at Barnstorming For Bernie I.E., and the Enough is Enough Rally in Orange County. Additionally, He has performed for numerous charity events and organizations including Relay for Life of La Habra, The Corona-Norco Settlement House, The Make a Wish Foundation, The People's Climate Movement, The Prison Library Project, and The El Cerrito Library.

Though now an atheist, before his de-conversion, Miller was a devout Christian worship leader, and he sang, engineered sound, discipled youth, and led worship at a plethora of churches and youth groups in his hometown of Corona, California, including Olive Branch, South Hills, North Point (Evangelical Free), Living Truth (Faith Baptist), and Evergreen (Crossroads).  All the while, he performed in local Christian Metal and hardcore bands including Plague of Sheol, These Roses Bleed, In The Trenches, and Elohim. After a growing dissatisfaction with church leadership, he helped co-create and ran a ministry to feed and sing to the homeless at Corona City Park. He formed his own church that met at park picnic benches, he formed prayer ministries, he started a ministry to repair and supply bikes to the homeless, and he even learned how to translate ancient Greek, and began working on his own translation of the Epistles of John. Ultimately, his innate skepticism of authority, his continual exposure to homelessness, severe mental illness, and extreme poverty, and his intense intellectual pursuits eventually led him to reject the idea of a theistic god, and sent him in search of a framework that more accurately described the human struggle.

Jonny Miller has been interviewed for several podcasts and publications. Most notably, In 2016, he was featured on The Thinking Atheist podcast, but he has also appeared on The Freeligion Podcast, The Contemplation Hour, and Bad Boys Podcast. Along with his band, In Autumn, Jonny has been featured in the Inland Empire's Press Enterprise newspaper several times where he has been interviewed by The Press' Vanessa Franko on P.E. Live. He has also been interviewed and featured in various local papers and zines including I.E. Weekly, Echo and Buzz, and The UCR Highlander.

In addition to his creative endeavors, service, and activism, Jonny Miller has worked as a music instructor, sound engineer, event organizer, and music producer. For a decade, he taught voice, guitar, piano, drums, bass, ukulele, and recording lessons and classes at Corona Music Center, and for a brief time, he tutored music recording students at Norco College. Furthermore, he has an AA in Fine and Applied Arts at Riverside Community College. Currently, Jonny resides in Riverside where he continues to create, record and perform as a solo artist.


For all inquiries, please email Jonny

Popular posts from this blog

No Fascists in Riverside